Tania Maxwell MP has repeated her calls for increased capability to be given to police to conduct drug testing of drivers, following the crash on the Eastern Freeway last week that tragically took the lives of four serving police members.

Ms Maxwell has raised drug driving issues in Parliament multiple times, most recently during a speech on 5 March 2020, in which she called for more drug driving testing and for the power to conduct tests to be widened beyond highway patrol officers.

Ms Maxwell has also expressed concern that the lack of training available to general duty officers was denying them the capacity to conduct widespread drug driving testing and said it was affecting community safety.

Technically, every trained officer is able to perform drug tests; however, Ms Maxwell said that widespread training was not offered to officers and that it was affecting their ability to combat an ever-increasing drug problem.  Ms Maxwell said she would be asking the Minister for Police why the Towards Zero website claims every officer could conduct drug testing, when that was clearly not the case and that in regional areas it was left to highway patrol.

Ms Maxwell said that it was further concerning that not all illicit drugs could be detected through random drug testing – including  cocaine, even despite the continued prevalence of the drug.

“Drug driving is a scourge on our roads and puts the lives of innocent people at risk every day.  We have to do more to support police in tracking down drug drivers and getting them off our roads.”

“Our community would expect that all police can, and do, conduct random drug tests and that test kits were available for all illicit drugs.”

“All patrols should have capacity and capability to conduct drug tests.  The cost of testing equipment should not be a barrier to action.” 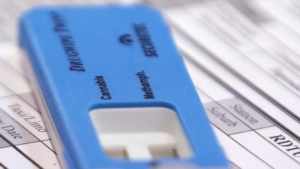 Wangaratta Chronicle- Criminals on bail not to report

Covid-19 a ‘get out of jail’ card
Scroll to top